skip to Main Content
Test Drive: The VW T-Cross vs. the Australian desert
The world's best-selling car vs. the Australian Outback
** Full Year 2022 reports ** 55 markets available
10 countries and 9000 km in a Dacia Duster
BSCB Exclusive: The car landscapes of 45 Chinese cities and regions
Test Drive: Is the Kia Seltos worth all the hype?
USA Full Year 2021: Exclusive State by State rankings now available 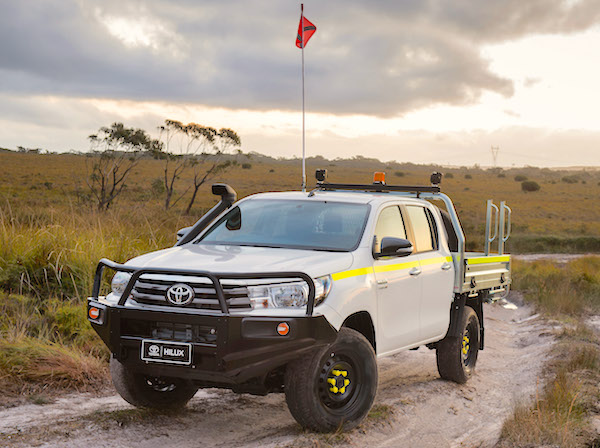 The Toyota Hilux takes command in Australia for the first time in history.

Consult over 70 years worth of Australia Historical Data

SUV sales are up 8% year-on-year in Australia, passenger cars down 6%.

With the Corolla at #2, Toyota is the first ever carmaker to manage an annual 1-2 in Australia.

With sales up 3.1% to 209.610, Toyota marks 20 years in the Australian pole position, including the past 14 straight years. This is the fifth year in a row and the 12th time in the past 13 years that Toyota is above 200.000 annual Australian sales (record: 238,983 in 2008), with no other carmaker managing to break this milestone in the country. The Japanese carmaker is leader in every State and Territory. In 2nd place like last year – the brand’s highest ranking in the world, we find pure importer Mazda, up another 3.7% to reach record volumes (118.217) and market share at a round 10%. Mazda even outsold Toyota in SUV sales in September despite having only three models in its SUV lineup (CX-3, CX-5, CX-9) vs. more than double for Toyota.

The Hyundai i30 incredibly led the year-to-date charts halfway through 2016.

Hyundai drops 0.4% but is up one spot to jump onto the Australian annual podium for the first time since its introduction in the country in 1986, “posing little threat” according to the local specialised press. Behind these stable sales hides a historical year for Hyundai: the i30 was the best-selling nameplate in Australia overall for an incredible four consecutive months between March and June and even led the YTD ranking half-way through the year. However depleting stock of the current generation meant it had to recede to third place overall – still the nameplate’s best ever annual finish, above the Mazda3. Local brand Holden is kicked out of the annual podium for the first time ever in Australia, down 8.4% to 94.308 sales. Ford on the other hand has turned around its sinking fortunes in a spectacular manner, up 15.3% to 81.207 sales this year and bypassing Mitsubishi (+2.3%) to rank 5th.

Kia surges 26.5% to break into the annual Australian Top 10 for the first time.

The Toyota Camry outsells the Holden Commodore to become #1 Aussie-made.

Over in the models ranking, the Toyota Hilux surges 20% to snap the annual pole position off its stablemate the Toyota Corolla – leader for the past three consecutive years. This is a historical win for the Hilux, the first time it ends the year in pole position in Australia and the first time a commercial vehicle (more recreational in fact these days) takes the annual lead in the country. This victory comes as the Hilux is under intense pressure from the Ford Ranger, up an even more impressive 27% to nudge up one spot to a best-ever 4th place overall this year. Interestingly, 2016 isn’t the Hilux’s best year at 42.104 sales: it sold 42.956 units in 2008, the year it first hit #1 in the monthly sales charts – in April and October. Its 2016 wins rewards consistency as the Hilux only topped the monthly charts twice this year vs. 3 times for the Toyota Corolla and 4 times for the Hyundai i30, the other nameplates on the 2016 podium. The Hilux also ends up narrowly winning the 4×4 ute battle opposing it to the Ford Ranger at 31.076 sales vs. 30.880, whereas the Ranger was still in the lead at end-November.

The Mazda CX-5 is the #1 SUV in Australia for the 4th straight year.

In 2016, Toyota places the Hilux and Corolla in the top two spots. Although this seems entirely logical given the brand’s domination over the Australian market, it is actually the first time in history that one brand delivers an annual 1-2. Market leader in 2011 and 2012, the Mazda3 plunges down four spots to a paltry 5th position. The Toyota Camry (-4%) becomes the best-selling Aussie-made nameplate for the very first time in history, dislodging the Holden Commodore (-7%) thanks to a fleet-filled December when it ranked #1 overall, just like a year ago. The Mazda CX-5 is the best-selling SUV in Australia for the fourth consecutive year, climbing up to a best-ever 8th place overall despite sales tilting down 2% to 24.564: incredibly, the CX-5 has led the SUV category each full year it has been in market here. This time it is followed by the Hyundai Tucson, up 4-fold on 2015 to end its first full year of sales at a stunning 11th position, already better than anything the Hyundai ix35 did before it (PB of 19.086 sales and #12 in 2013)…

Two years ago: Australia 2014: Toyota Corolla holds onto top spot, and The best-sellers State by State

The Mazda2 in #4 in the Australian Private Sales ranking! * See the Top 50…