skip to Main Content
COVID-19 Live Dashboard Sales - Forecasts - Our help
Test Drive: Is the Kia Seltos worth all the hype?
The world's best-selling car vs. the Australian Outback
Test Drive: The VW T-Cross vs. the Australian desert
BSCB Exclusive: The car landscapes of 45 Chinese cities and regions
* Full Year 2021 Reports * 85 markets available
10 countries and 9000 km in a Dacia Duster 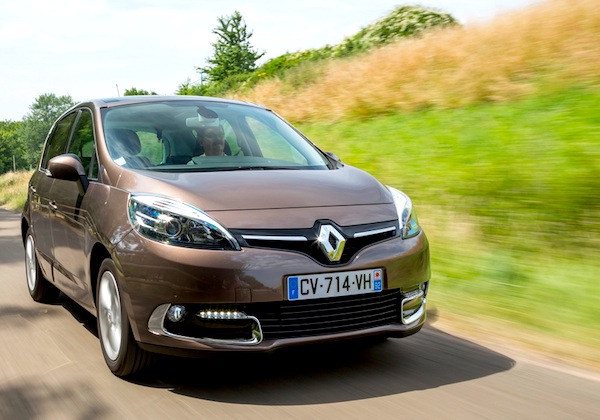 The Belgian new car market is up 4% year-on-year to pass the 500.000 annual sales milestone for the first time since 2011 at 501.066 registrations, 566.315 (+5%) including Light Commercial Vehicles. A momentous shift has occurred atop the brands as well as the models ranking: Renault is up a stunning 13% to 50.040 sales and 10% share, snapping the #1 spot off Volkswagen, handicapped by its emissions scandal and down 3% to 47.780 units and 9.5%. A (very big) caveat to this score is the fact that Renault de-registers up to 30% of its new car sales within 30 days to then re-export them to other European Union countries and sell them as used as we detailed in Strategy: Renault champion of fake registrations.

Probably helped a lot by pre-registrations (see above), Renault also manages a coup in the models ranking: thanks to sales up a huge 41% to 13.419 despite its age, the Renault Scénic becomes the most popular nameplate in Belgium for the very first time, ending five consecutive years of VW Golf reign. But wait there’s more: Renault also manages a 1-2 with the Clio up 15% to #2 and 11.936 units, pushing the Golf to #3 and 11.911 (-26%). The Scénic is the first Renault to top the Belgian sales charts in at least 30 years.

The Hyundai Tucson was already #6 in December.