skip to Main Content
COVID-19 Live Dashboard Sales - Forecasts - Our help
BSCB Exclusive: The car landscapes of 45 Chinese cities and regions
Test Drive: Is the Kia Seltos worth all the hype?
The world's best-selling car vs. the Australian Outback
* Full Year 2021 Reports * 38 markets available
10 countries and 9000 km in a Dacia Duster
BSCB Exclusive: Your Guide to all 186 Chinese Brands

The Toyota Tacoma could lead the models charts in American Samoa in 2015.

Not to be confused with Samoa, covered in a separate update, American Samoa is an unincorporated territory of the United States located in the South Pacific and forming the eastern part of the Samoan Islands chain – see exact location on maps below. It consists of five main islands and two coral atolls with a total population of 57.345 as of 2015. American Samoa is the southernmost territory of the U.S. and one of two U.S. territories (with Jarvis Island) south of the Equator. 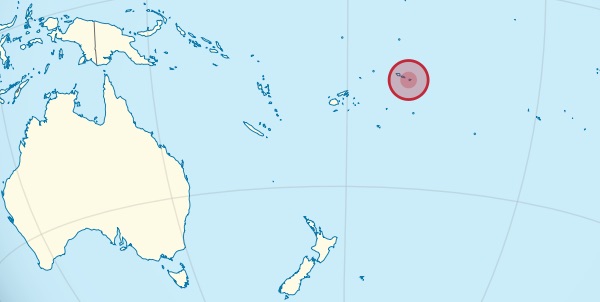 Being integrated to the U.S., the American Samoan new car landscape differs drastically from that of the rest of Oceanian nations, themselves dominated by Thailand-made pickups such as the Toyota Hilux and Ford Ranger and minivans like the Toyota Hiace. Instead, in American Samoa the Toyota Tacoma and Ford F-Series should lead the ranking. The local market is up 9% in 2015 to 369 registrations, led by Ford at 38.2% share (+7%) but Toyota is catching up fast at 36.6% (+21%). Helping the Japanese manufacturer this year is the Tacoma mid-size pickup up a fantastic 48% year-on-year to 86 deliveries. This should be enough to outsell the Ford F-Series and take the lead.

The Toyota Tacoma tops the American Samoan sales charts in 2018. This article was updated…