skip to Main Content
USA Full Year 2021: Exclusive State by State rankings now available
BSCB Exclusive: Your Guide to all 199 Chinese Brands
Test Drive: Is the Kia Seltos worth all the hype?
BSCB Exclusive: The car landscapes of 45 Chinese cities and regions
Test Drive: The VW T-Cross vs. the Australian desert
10 countries and 9000 km in a Dacia Duster
The world's best-selling car vs. the Australian Outback

Toyota Tacoma. Toyota is the #1 manufacturer in the world in 2015. Picture motortrend.com

Toyota Motor Corp. remains the best-selling manufacturer in the world in 2015 and for the 4th consecutive year, becoming the only company to deliver more than 10 million vehicles this year as the Volkswagen Group backed off as a result of its emissions scandal. Global sales for Toyota Motor, including its Hino and Daihatsu units, are down 0.8% to 10.15 million vehicles whereas Volkswagen is down 2% to 9.9 million units including its MAN and Scania heavy truck brands. General Motors for its part is up 0.2% to 9.8 million, another very close finish on the overall podium this year.

Volkswagen led the way halfway through the year but had to give up the top spot to the Japanese manufacturer as it got embroiled in its biggest crisis so far, being forced to halt sales of diesels in some markets such as the U.S. and scrambling to repair some 11 million cars. The Volkswagen brand is down 5% to 6.254m units, overtaken by the Ford brand (6.514m), while Audi is up 4%, Skoda and Seat up 2% and Porsche up 19%. To make it five consecutive wins, Toyota has bought the rest of its 51% share in Daihatsu, in a move to strengthen its position in emerging markets, notably South-East Asia. 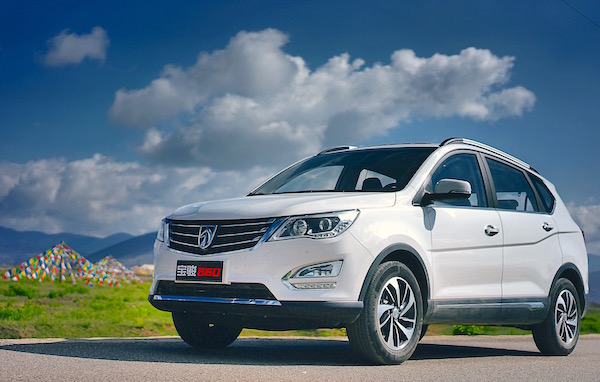 In third place, General Motors owes its third consecutive year of record global sales to its Chinese operations where it outpaced Volkswagen Group to rank #1 overall at 3.612.653 deliveries (+5%) vs. 3.548.600 (-3%). If the Chevrolet brand crumbles by 7% worldwide partly due to its retreat from Europe, Buick is lifted 9% by China, GMC is up a very healthy 11%, but it’s the Chinese-only entry level Baojun brand that enables GM to stay in positive worlwide this year, accounting for an additional 300.000 units in 2015 thanks to the tremendous success of the 730 MPV and 560 crossover (pictured above).

Renault-Nissan may have cracked the Indian market wide open with the Renault Kwid.

The Renault-Nissan alliance gains a timid 0.8% to hit a record 8.53m deliveries, with Nissan Motor up 2% to 5.42m vehicles and the Renault Group up 3% to 2.8m sales compensating a 30% drop at Avtovaz (Lada). Brand-wise, Nissan ends the year just below 5 million sales, cementing its 4th place overall below Toyota, Ford and Volkswagen, Renault is up 2% to 2.17m units, Dacia continues to improves at +8% and 550.920 sales, China-only Venucia is up 9% to 124.000 deliveries and recently relaunched Datsun posts a still very models 86.000 units in four major markets (Russia, Indonesia, India and South Africa).

Can the new Genesis brand bring Hyundai-Kia back to high profit rates?

Hyundai-Kia follows in 5th place in the Global Groups ranking for 2015 with stable sales at 7.88m but declining profits. Hyundai is the 5th best-selling brand in the world at 4.96m sales while Kia ranks #9 at 2.92m. Ford posts the largest year-on-year gain among the Top 10 Groups in the world by far: up 5% to 6.63m sales and its namesake brand outpaces Volkswagen to rank #2 overall with 6.51m units sold.

Jeep’s outlandish growth was cancelled by Fiat’s decline in 2015.

In the luxury race, BMW celebrates 11 consecutive years in the #1 spot but is now under intense pressure from Mercedes, jumping from #3 in 2014 to #2 this year. Sales of BMW-branded cars are up 6% or exactly 100.000 units year-on-year to 1.91m, while Mercedes-branded vehicles are up a whipping 13% to 1.87m, outpacing Audi up just 5% to 1.8m. Note all three brands lodge all-time record years in 2015. In the case of Mercedes this is the 5th record year in a row, and the German luxury manufacturer benefitted from very strong gains in China where it surged 33% to 373.459 sales.

This post will be updated as more manufacturers report 2015 sales. If you have access to 2015 data that has not yet appeared here, please ensure to send it through in the comments section of the article.

Full Year 2015 Top 15 Groups and All available Brands Rankings vs. Full 2014 figures below.

Nissan Sunny * See the Top 150 best-selling models by clicking on the title! Many…