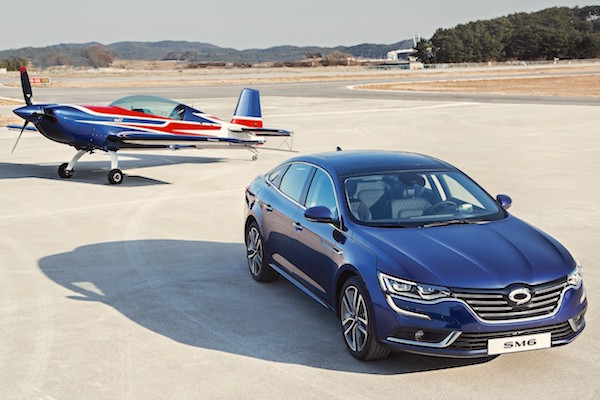 The Renault Talisman is sold as the Samsung SM6 in South Korea.

Model-wise, as it was the case at the same time last year the Hyundai Porter is the best-seller with sales up 6% to 54.689. It however finished 2015 at #3 so may not stay in the year-to-date lead for much longer, if the Hyundai Avante (aka Elantra) shows the same strength during the rest of the year as it did in June (+76%). Leader over the Full Year 2015, the Hyundai Sonata is down 11% to third position over 10.000 units away from the top spot. Reversely, the Kia Sorento gains 13% and two spots year-on-year to land at a stunning 4th place overall, overtaking the Hyundai Santa Fe (+9%) in the race for the title of #1 SUV in South Korea. 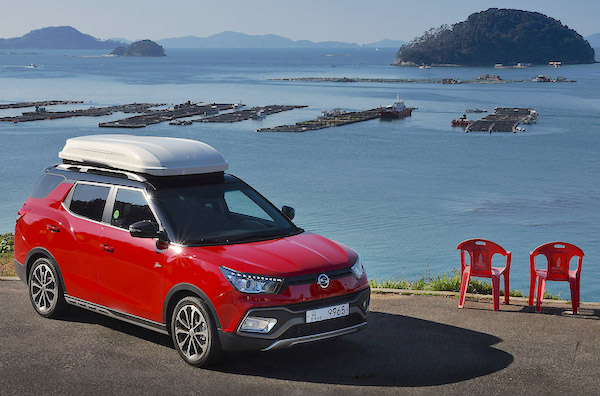 The Tivoli is the first Ssangyong to break into its monthly home Top 10 in 12 years.

The Chevrolet Spark for its part outpaces the Kia Morning in the minicar combat thanks to the new generation propelling it up 57% vs. -18% for the Kia. Also worth mentioning are the Kia K7 up 3-fold to #12 and the Kia Sportage up 61% to #14.Further down, two instant blockbusters single-handedly revive their respective brands. Over a year after its very successful launch, the Ssangyong Tivoli has not plateaued yet thanks to the arrival of the 7-seat XLV variant. Beating its monthly volume record on each of the past 3 months (5.375, 5.490, 5.711), in May the Tivoli was the first Ssangyong to break into the Top 10 in 12 years, since the Rexton and Musso SUT in 2004, and ranks at #13 halfway through 2016.