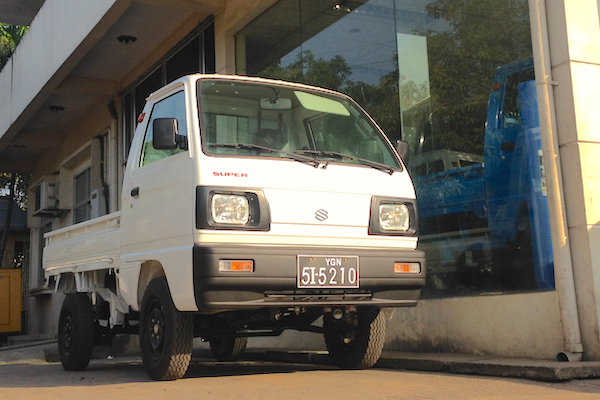 The Suzuki Super Carry is back atop the Myanmar sales charts for just one unit.

The Suzuki Ertiga lands directly at #3 in Myanmar.

Model-wise, after being outsold by the Toyota Hilux in January, the locally-produced Suzuki Super Carry edges back into the lead for just one unit over Q1 at 253 sales and 11.7% share vs. 252 and 11.6%. Launched in February in Myanmar, the Suzuki Ertiga lands directly on the podium at a brilliant third place with 4.5% share, knocking the Ford Ranger down to #4 and the Toyota Hiace to #5. The Jinbei Haise remains the best-selling Chinese nameplate in Myanmar at #6 overall above the Lifan Foison (#11), Dongfeng Rich (#12), Chery Tiggo (#17) and QQ (#19).

The Suzuki Super Carry and Toyota Hilux are among Myanmar’s best-sellers. * See the Top…

The Toyota Hilux overtakes the Suzuki Super Carry to rank #1 in Myanmar this month.…