skip to Main Content
COVID-19 Live Dashboard Sales - Forecasts - Our help
The world's best-selling car vs. the Australian Outback
Test Drive: Is the Kia Seltos worth all the hype?
Test Drive: The VW T-Cross vs. the Australian desert
10 countries and 9000 km in a Dacia Duster
BSCB Exclusive: The car landscapes of 45 Chinese cities and regions
BSCB Exclusive: Your Guide to all 190 Chinese Brands

The Hyundai i30 is the best-selling model in Australia for the 2nd straight month.

With a new Elantra and the next i30 coming soon, can Hyundai tease Toyota for #1?

1.  Hyundai is the best-selling passenger car brand for the first time in history 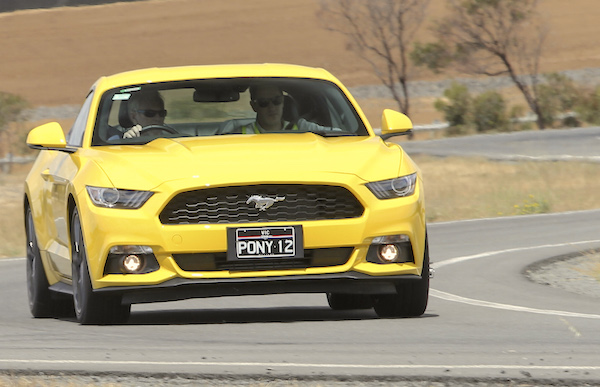 The Mustang and Ranger help Ford outsell Holden for the first time in over 17 years.

2. Ford outsells Holden for the first time since 1999

Just as its local manufacturing operations are about to fold, Ford manages to soar by 33% year-on-year this month to 4th position overall with 6.842 sales, outselling its archenemy Holden at 6.710 (-5%). This order had not occurred in over 17 years – since January 1999 exactly when Ford sold 8.591 units vs. 8.335 for Holden. Then, the Ford Falcon and Holden Commodore were by very far the country’s best-sellers. How times have changed… Holden still leads year-to-date with 29.299 sales (-8%) vs. 25.484 (+18%). Ford’s score has almost everything to do with the tremendous success of the Ranger which accounts for a massive 45% of its sales (more on this below). But the brand’s second best-seller is a surprise: the Mustang at 690 units, meaning it shoots up well inside the Top 50 to a record #35! The demand for the sexy american muscle car is off the charts in Australia, inducing a waiting list going all the way to the 2nd half of 2017.

The Toyota Hilux is now #1 year-to-date in Australia.

4. The Toyota Hilux is the best-selling nameplate so far in 2016 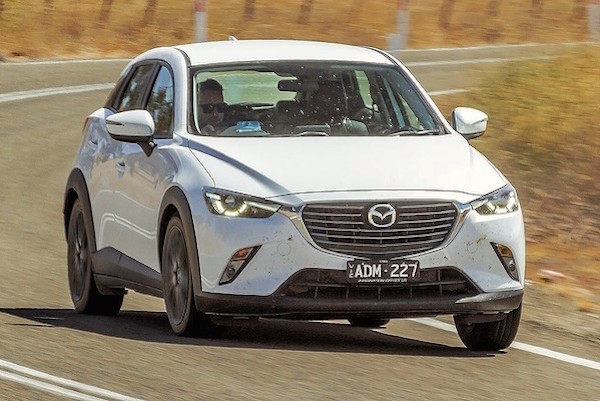 Illustrating the fast shift from passenger cars towards crossovers and SUVs we are witnessing in Australia (and the world), in April the sub-compact Mazda CX-3 breaks into the Top 10 for the first time, ranking 9th with 1.604 sales, up 15% year-on-year and only a little more than a year after its launch in the country. The CX-3 places 2nd best-selling SUV in Australia this month below the… Mazda CX-5 at 1.675 sales, and is to blame for the weaker Mazda3 sales this year (-5%). The Hyundai Tucson, another recently launched SUV, continues to impress at #15.

The Mercedes GLC is about to enter the overall Australian Top 50.

Previous month: Australia March 2016: Third win in 10 months for the Hyundai i30

The Ford Ranger is the best-selling vehicle in Australia this month. 6/05 update: Now with…

* See the Top 50 best-selling models by clicking on the title! * The Australian…

It's the third overall win for the Hyundai i30 in less than a year. * Now…