After a three-year absence, Sri Lanka is back on BSCB as 2015 marks a milestone year for the local market. Duties have been significantly reduced for smaller and hybrid cars as well as leasing, resulting in the Sri Lankan new car market booming to all-time record levels in 2015. The duty situation is a constantly changing one, as the government is adjusting its measures to a fast-moving market, one of its latest decisions being changing the way the import duty on used cars is calculated and an increase on the duty on hybrid cars. Anticipation of these duty increases has sent the market further up to benefit from low duties before they end. 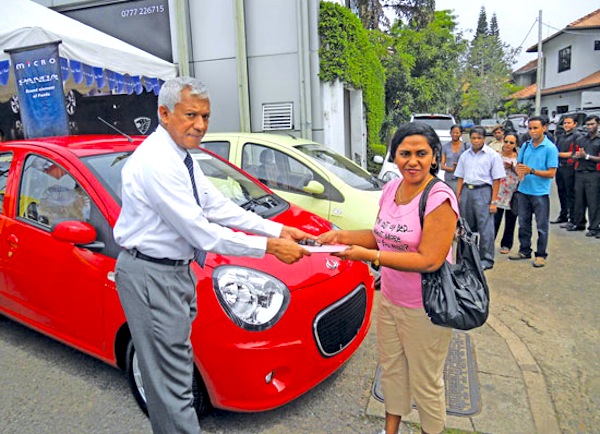 Maruti dominates the Sri Lankan market with over 40% share and over 90% of its volume comes from the Alto, the clear favourite in the country as it is in neighbour India. Local publications note that Though theAlto is the country’s best-selling car, observers say they are not very visible on the roads of Colombo, indicating that owners are relatively less well-off and are keeping them home for weekend use. Illustrating the sudden surge of the local market, Maruti sales went from 325 in November 2014 to 1.100 in December 2014, 1.363 in January 2015 and 2.512 in May (41.8% share).

Of note is the local company Micro Motors Limited, which rebadges a range of Chinese models as we detailed in our last Sri Lankan report. The Micro (Geely) Panda sold 325 units in April and 384 in May. Other successful nameplates in Sri Lanka include the Honda Vezel (1.263 sales in January but down to 308 in May). Local analysts report Colombo’s traffic jams packed with hybrids, which are used by relatively well-off people including executives with vehicle and petrol allowances. The Toyota Aqua imported as used from Japan is particularly successful.

* Click on title for street scenes! * The observation of the streets of Colombo…

Sri Lanka: One of the Top 10 ‘Emerging engines of growth’

Tata Nano After Iraq and Myanmar, we continue exploring the 'Top 10 emerging engines of…