* Click on the title to see the Top 10 most produced cars, pickups, imports & brands *

Thanks to a partnership with CE Auto newsletter, we can now share with you exclusive detail on the Iranian new car market, as at crossroads now that economic sanctions that were handicapping the country are progressively being lifted. First let’s start by noting that the period covered in this report is the one closest to the calendar year 2015, which is not how the Persian calendar works. The Persian year 1394 started on 21 March 2015 and ended on 20 March 2016, so to get closest to calendar year 2015 figures we have to take into account the last 3 months of the Persian year 1393 and the first 9 months of the Persian year 1394 (the period studied is, in Persian terms, 10/1393 to 09/1394). Also, this update combines production figures for local manufacturers with exclusive import sales data obtained with Iranian customs.

The Iranian market is headed for years of growth after the lift of economic sanctions.

Overall, the Iranian new light vehicle market has gone back above the million annual units (1.024.708) with 962.737 locally produced units and 61.971 imports. Brand-wise, even though the company hasn’t launched any new models yet since it announced last August its intention to invest in full Iranian production of new models, Peugeot is once again the #1 brand in the country with 342.796 units, or one in three vehicles sold in Iran in 2015. This despite an ageing lineup composed of the 29 year-old Pars (#2) and 405 (#3) adding up to over 237.000 sales and the most popular design in the country for the 2nd consecutive year, and the 18-year old 206 ranking #4 overall with over 100.000 deliveries.

Local manufacturer Saipa follows in 2nd place with 28.7% share, mainly thanks to the Pride Nasim and Saba, itself a rebadged 1986 Kia Pride sold in hatch and sedan variants. The more recent Tiba follows at a distance in 6th place while the 151, a Pride pickup sold a little more than 15.000 units last year. Iran Khodro, the second main Iranian carmaker, ranks third overall with just under 15% market share. The Samand sedan continues to be its best-seller with close to 85.000 units, a far cry above the Dena (#9) and Runna (#10). All Iran Khodro passenger cars are based on Peugeot platforms.

The JAC J5 is the most popular Chinese model in Iran at #8 overall.

Zotye Z300 sporting a Saipa logo for the Iranian market. 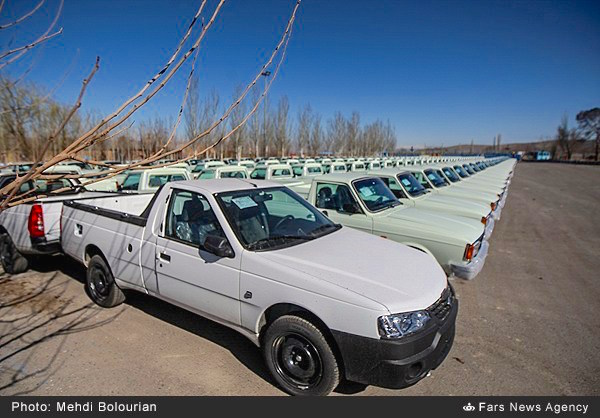 The Iran Khodro Arisun replaced the Bardo in Iran this year.

The local pickup market is a new addition on BSCB and a fascinating one at that. See the first report here. The Zamyad Z24, a 1970 Nissan Junior, continues to be produced in Iran and tops the production chart at 23.889 units, snapping the lead away from the now discontinued Iran Khodro Bardo (23.700) which was based on the 1967 Paykan. In May 2015, Iran Khodro launched its replacement the Arisun, itself based on the… 1987 Peugeot 405. After posting two months above 2.000 units (May and August), the Arisun has alarmingly fallen below 1.000 units during 3 of the last 4 months of the year, a far cry from the 9.324 units of Bardo spit out during its 2nd-last month… It wouldn’t be completely surprising if Iran Khodro decided to resume Bardo production in the coming months. 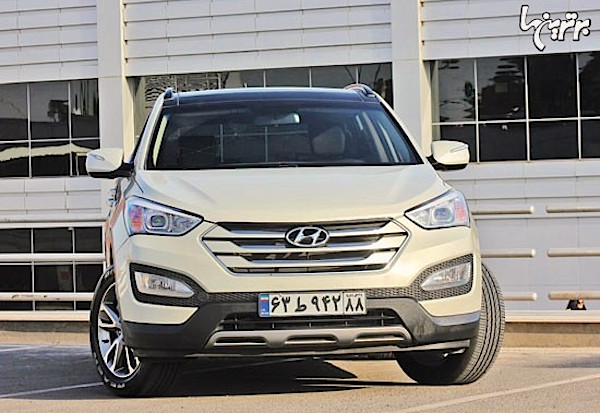 Over 40% of all vehicles imported into Iran are branded Hyundai.

The BMW X4 is the best-selling luxury vehicle in Iran in 2015.

Looking at imported models in detail, below the Santa Fe Hyundai also places the ix35, Elantra, i20 and Sonata in the Top 10 while Toyota has the Corolla and RAV4 and Kia the Sportage and Optima. The Changan CS35 cracks the Top 10 while BMW and Mercedes manage to sell over 1.000 of their X4 SUV and E-Class sedan respectively, the two leaders in the luxury segment.

The Peugeot Pars/405 family is the most popular new model in Iran this year. * See…

Tasra my Peugeot Pars in the Dasht-e Kavir desert. This is Part 5 and the…