skip to Main Content
10 countries and 9000 km in a Dacia Duster
Test Drive: The VW T-Cross vs. the Australian desert
Test Drive: Is the Kia Seltos worth all the hype?
** Full Year 2022 reports ** 65 markets available
BSCB Exclusive: The car landscapes of 45 Chinese cities and regions
BSCB Exclusive: Your Guide to all 199 Chinese Brands
USA Full Year 2021: Exclusive State by State rankings now available

The Toro is the best-selling Fiat in Brazil for the first time in October.

No bright light in sight for the Brazilian new light vehicle market, down another 16% year-on-year in October to 154.875 registrations, pulling the year-to-date tally down 22% to 1.613.818 units. Chevrolet posts one more stunning performance with a small 2% decline resulting in a 19.2% market share vs. 16.4% a year ago and 17.1% year-to-date. Fiat follows the market in 2nd place (-17%) while Hyundai posts a second consecutive month (and ever) on the Brazilian podium thanks to deliveries down just 5% to 16.039 and 10.4% share. Just below, Ford (-3%) and Toyota (+5%) are also extremely strong. Nissan surges 18% despite its most recent launch the Kicks dropping 39% on September, and Kia is 19% thanks to the Sportage (+53%), the only two other manufacturers in the Top 20 to post year-on-year gains. 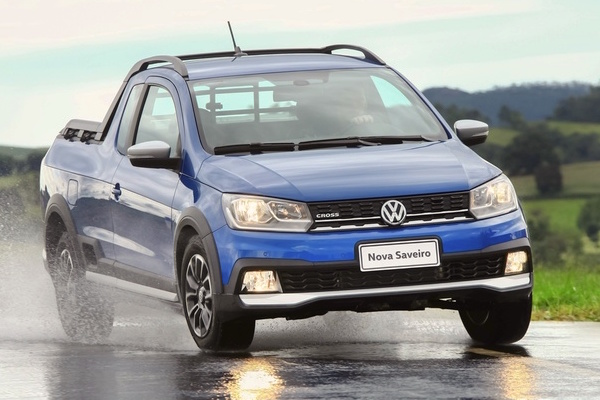 The elephant in the room is the continued implosion of Volkswagen in Brazil. Despite VW Brazil President David Powels declaring last month that “production had resumed in all Brazilian plants and that the company would produce 100.000 cars between October and November to catch up on lost time”, the German manufacturer crashes further down with a 59% year-on-year decline to 6.9% share vs. 20.5% less than four years ago in January 2013, stuck at a lowest-ever 7th place. This is the second month in a row Volkswagen posts an all-time low market share since it started manufacturing and selling the “Fusca” (Beetle) 62 years ago in 1954. Hopefully November and December scores will reflect the return to normal of production and sales.

The Chevrolet Onix lodges a 15th pole position in a row with a gravity-defying 27% surge to 14.087 sales and 9.1% share. Also prepped up by a facelift, the Hyundai HB20 is up 16% to 11.350 and 7.3%. Far below, the Ford Ka (+5%) and Renault Sandero (+15%) mean the entire Top 4 best-selling nameplates in Brazil in October actually gain ground year-on-year in a market declining at double-digit rates. The Chevrolet Prisma (-15%) and Toyota Corolla (-9%) fall slower than the market and both overtake the Fiat Palio (-53%) in the year-to-date ranking at #4 and #5 respectively. This is the highest YTD ranking the Corolla has ever held in Brazil in its 50-year career…