skip to Main Content
BSCB Exclusive: The car landscapes of 45 Chinese cities and regions
** Full Year 2022 reports ** 54 markets available
10 countries and 9000 km in a Dacia Duster
Test Drive: Is the Kia Seltos worth all the hype?
BSCB Exclusive: Your Guide to all 199 Chinese Brands
USA Full Year 2021: Exclusive State by State rankings now available
The world's best-selling car vs. the Australian Outback

The VW Polo is the best-selling car in Belarus for the third straight year. Picture abw.by

New car sales in Belarus are up 6% year-on-year in 2015 to 26.190 registrations, however these figures do no include manufacturers that do not subscribe to the Belarus Automobile Association (BAA) such as Geely, Honda, Suzuki, UAZ, UZ-Daewoo and Zotye. In 2014 these manufacturers accounted for 13% of the total Belorussian market. In this context, Renault has a surreal year with sales up 79% to 8.070 to hold a mammoth 30.8% share, more than double any other manufacturer in the country. The French manufacturer can put a big green tick next to Belarus, one of the countries used to clear the overflowing stock resulting from the Russian crisis, Ukraine being another successful one. Volkswagen (+5%) remains 2nd but Nissan (+61%), Lada (+27%) and Skoda (+20%) all progress in the ranking whereas Toyota (-15%) and GAZ (-43%) fall. 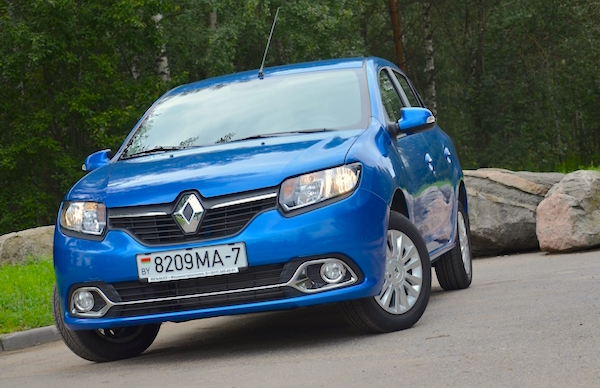 Renault is by far the most popular carmaker in Belarus. The Logan is up 3-fold in 2015.

The Geely Coolray lands directly inside the Belarus Top 10 in 2020. Picture av.by Discover…

The Renault Sandero outsells the VW Polo for the first time in Belarus.  * See…

Launched in January, the Geely Coolray is already inside the Belarus Top 20. Belarus is…