skip to Main Content
BSCB Exclusive: The car landscapes of 45 Chinese cities and regions
10 countries and 9000 km in a Dacia Duster
Test Drive: Is the Kia Seltos worth all the hype?
BSCB Exclusive: Your Guide to all 192 Chinese Brands
The world's best-selling car vs. the Australian Outback
USA Full Year 2021: Exclusive State by State rankings now available
Test Drive: The VW T-Cross vs. the Australian desert 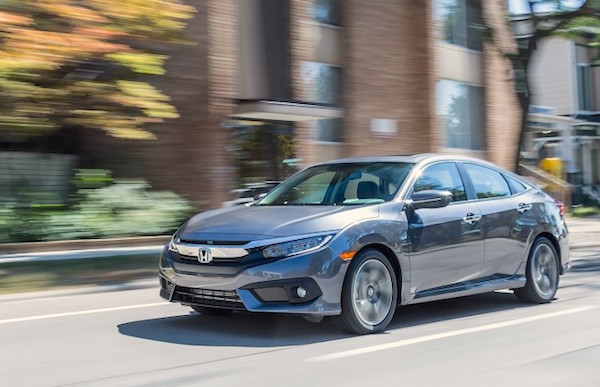 The Honda Civic is up 43% to 5th overall in January. Picture caranddriver.com

Even though January had one less weekend than in 2015, began with a stock market rout and ended with most East Coasters forced by severe snowstorms to postpone their planned car purchases to later in the year, U.S sales dip just 0.4% to 1.148.087 units this month. The seasonally adjusted annualised selling rate (SAAR) even leaps to 17.55 million units, the highest January since 2006, to be compared with 17.32 million in December and 16.71 million a year ago in January 2015.

Chevrolet is significantly cutting its sales to car-rental companies.

General Motors sales are flat, but for a good reason: deliveries to car-rental companies are down by a significant 13.000 units this month, offsetting a large improvement in retail sales. In fact, GM was the only major automaker to post a retail increase or a fleet decrease this month, according to figures obtained by Automotive News U.S. Chevrolet sold 16.400 fewer rental vehicles than in January 2015, more than justifying the brand’s 5.079 unit-decline. Chevrolet’s retail sales were up 12%, edging it past Ford by almost 1.500 units. Overall, the Chevrolet brand is down 4% and Cadillac is down 8%, but GMC is up 3.5% and Buick up 45%, with the new Cascada convertible hitting dealerships (#245).

Buick Cascada – Buick sales are up 45% in January.

VW Passat sales are down 43% in January despite the arrival of the 2016 model.

Ford Edge sales are up 26% year-on-year.

One year ago: USA January 2015: General Motors strong in market up 14%

USA: Superstorm Sandy will have dramatic impact on sales