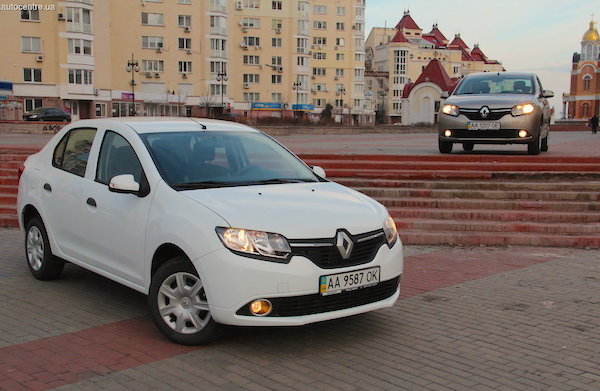 The Renault Logan is the best-selling vehicle in Ukraine so far in 2016. Picture autocentre.ua

The Ukrainian new car market confirms it is on the mend over the First Half of 2016 with deliveries up 58% to 27.211 units. This is however still way below the corresponding periods in 2014 (57.692) and 2013 (104.238) – see monthly detail for the past four years below. It is unclear whether new car sales in the contested Crimea region are accounted for in official Ukrainian statistics.

Model-wise, after slipping to #2 for just 4 sales over Q1, the Renault Logan reclaims the pole position it held over the Full Year 2015 thanks to 978 sales, but the Kia Sportage is catching up fast in 2nd place thanks to a market-leading 2nd Quarter adding up to 972 units in 6 months. It ranked #7 in 2015. The Toyota RAV4 rounds out the podium, knocking the Corolla out of it while the VW Jetta suddenly shoots up to #5 when it only ranked #1981 in Q1 and #145 over FY15. Lastly, let’s salute the outstanding performance of the BMW X5 at #11.

The VW Golf remains the best-selling nameplate in Ukraine. * See the Top 45 All-brands…

Renault Logan * See the Top 200 best-selling models by clicking on the title! Many…